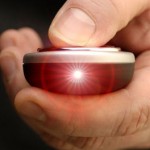 I am traveling home after a grueling week of UK pinball, meaning I have spent three days this week in London and therefore made 6 trips up and down the country. Today’s trip to the big smoke was to rehearse a bid team for an m62 STAT. Their presentation is on Monday and today was the final dress rehearsal stage of the process. As sometimes happens the team had decided to remove the clicks in the presentation, feeling that it would be too distracting for the audience for them to constantly be clicking during the presentation. This happens a lot. Making the shift from old style bullet point presentations (Presentations With Visuals) to modern visual communications (Visual Presentations) is difficult; but on the whole, worth the effort. END_OF_DOCUMENT_TOKEN_TO_BE_REPLACED

I’ve been thinking about the benefits to teachers or trainers of making their presentations more effective. Clearly for sales people it’s about winning more business, more profitably with less effort, but what about if you are not selling? I know, it’s a strange concept for someone like me who finds it difficult to open his mouth without pitching something, a project, an idea, or a joke but its true some people have to teach.

So why would you want your presentations to be more effective if you are teaching? Better attention from your students, higher levels of engagement, better levels of comprehension, shorter lecture times. Or how about a more erudite approach:

But the thought train led me to recall the best lecture I have ever had. Professor Smith at Nottingham University in September 1987 gave a lecture on standard distribution.. I know I didn’t want to go either but.. he started by having an orderly bring an armchair in the lecture theatre and said it was for later (Visual Cognitive Dissonance ™ at work dear reader, we all listened ) and then said he had two proofs to show us and proceeded to show us a premise and through a process of Induction (one type of mathematical proof the other principal one being Direct) and 6 chalkboards of equations that ended in the proof with a large QED written next to it.. “et voila” he said.. 45 mins into a 50 min lecture.

“Everybody got that?” He said and then rubbed out all but the first and last lines and said “and now for proof number two, For this you will need an armchair”, he pointed, “and a large brandy” which he revealed from under the counter, he sat in the chair took a sip of brandy and said.. “After an hour or so of contemplation like thus.. you will in actual fact discover that the conclusion is entirely obvious.. class dismissed..”

Is the wrong one, it should be:

So why wouldn’t you want your presentations to be more effective if you are teaching?

And the answer is:

“After an hour or so of contemplation like thus.. you will in actual fact discover that the conclusion is entirely obvious.. class dismissed..”

Ineffective teaching is an oxymoron.. or perhaps the practice of morons!

Last week I gave a presentation to an ISMM (Institute of Sales and Marketing Management) group in Leeds, UK. I haven’t done any of these for a while so was pretty critical of my performance afterwards. I debriefed with a colleague on the way home, too long, too slow, too many jokes. Lots of engagement afterwards but that’s to be expected when you’ve just removed somebodies crutch they need to understand how to walk again and want help.

Today I got the feedback from the audience: END_OF_DOCUMENT_TOKEN_TO_BE_REPLACED 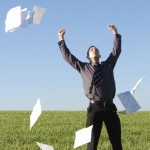 Scripts: The root of all presentation evil!

In anticipation of a new blog.. here is one I wrote in 2009.. watch this space.. comments please!

Occasionally when presenters use a script they end up concentrating on it more than on the audience, which is a recipe for disaster. Presentations need to be dynamic and audience-centered. A script, almost by definition, prevents dynamism by compelling you to follow it. Therein lies the real problem.. END_OF_DOCUMENT_TOKEN_TO_BE_REPLACED 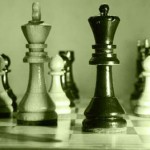 There is always someone better!

The art of competence

What are you good at? Chess, cooking, squash, sailing, wine appreciation, business, presenting or perhaps selling? One thing is for sure – you are probably not the best at all of them.

How good do you need to be to deliver an effective presentation about any of these subjects? Certainly not world class. Competent is the word that springs to my mind. You don’t need to be the best – just better than the average of the group. I have given presentations on all of the subjects above, but I am clearly not the best at any of them. The secret is to know that you don’t need to be. END_OF_DOCUMENT_TOKEN_TO_BE_REPLACED