Nicholas Oulton is the founder of m62 visualcommunications and the author of the book "Killer Presentations: Power the imagination to visualise your point with PowerPoint". This blog combines learnings from his experience and tips for designers and presenters to make their message engaging, memorable and effective. Read more about Nicholas and this blog

It’s only a joke!

I am in the UK this week, and the papers today are rife with the story of Jonathan Ross and Russell Brand’s antics on national radio, making obscene prank calls to a 78 year old actor.

Apparently the BBC received 2 complaints on the day, but thanks to the wonder of podcasting they have now received 10,000 complaints, including from the British Prime Minister. Admittedly some of this is the typical British reaction to Ross’s Salary ($10 million a year), but it’s also quite clear that the calls were not seen as funny by a lot of people.

Despite the fact that Ross and Brand are entertainers and not business presenters there are, I think, some lessons to be learned about comedy in presentations:

Presenters use humour to “break the ice” and warm up the audience. I tend to do this myself, particularly when delivering training courses, but you need to judge humour carefully, and be very sensitive to the audience. As Ross and Brand would probably agree, humour is a double edged sword. 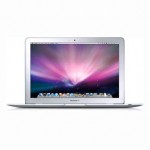 To PC or not to PC, that is the question

For the first time in twelve years of running m62, I am producing something using a Mac, a MacBook Air to be precise. Because of this I am expecting some bitter comeback from my designers, who have always used high-powered PCs in the studio.

Because most of our clients use PCs (at least for work), it has always been sensible to produce our presentations on the same platform. The last thing a client needs is his m62 PowerPointTM presentation collapsing halfway through a major event because we developed it in a different environment. You shouldn’t judge a notebook by its cover, and my MacBook Air seems to be running XP well, but even in this age of (superficial) convergence it is wise to keep in mind the mantra mind the gap when crossing platforms. END_OF_DOCUMENT_TOKEN_TO_BE_REPLACED 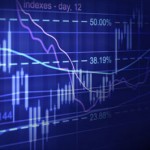 I have spent a luxurious 3 weeks in the UK without overseas travel while the unfolding global financial crisis has been almost the sole news item, and I have been left with the distinct feeling that times for sales people are about to get interesting.

Well, yes. It seems fairly obvious to us that as the world faces a recession businesses are going to need to sell smarter. Do more with less is the recession mantra and, for sales people, that means win more from less. No dung Sherlock; the elementary question is how?

Here’s the dilemma: How do you maintain sales but cut costs at the same time? The answer, as my first sales manager used to say, is “work smarter not harder” and in the last 8 weeks we have heard the same story from clients all over the world. Sales opportunities are getting more scarce and competition more fierce. Does this climate pose a threat or proffer an opportunity? END_OF_DOCUMENT_TOKEN_TO_BE_REPLACED