Nicholas Oulton is the founder of m62 visualcommunications and the author of the book "Killer Presentations: Power the imagination to visualise your point with PowerPoint". This blog combines learnings from his experience and tips for designers and presenters to make their message engaging, memorable and effective. Read more about Nicholas and this blog

I’m in an office opposite the boardroom of a client in India, while the team we have been coaching for the past 2 days is doing their pitch. The other members of the m62 team here are back at the hotel asleep, having worked until 1AM to finish the changes to the presentation.

I’m not normally here, I’m normally either in the room or on the way home, this halfway house is uncomfortable, but I guess that’s the role of the coach. At some point the coaching stops and the team play the game. You either did a good job or you didn’t, it’s now up to them.

It’s going to be the same next month for the Under 10 (years old) rugby team I’m coaching, when they step out on the field for the Cheshire Cup competition; except I will be on the touch line watching every move, every pass and desperately trying not to care how they do as long as they enjoy it.

There are lots of similarities between the two types of coaching, kids in sport and sales people in business:

And my role is pretty similar as well:

On the whole, coaching is coaching, and the big differences are really around coaching individuals rather than teams. I’ve coached thousands of presenters and hundreds of teams and the role is different. With an individual it’s about being the best they can be. I spend my time refining performance, tweaking and nudging the presentation and the individual until it delivers the optimum result.

Everyone is on stage

For teams in a presentation, the best presentation on the day is all for nothing if one “Cast Member” (a non-presenter who is in the room because he/she is important or knowledgeable) undermines the pitch in some way. A bad facial expression, poor body language or an inappropriate interjection. It’s a team game and the star player won’t win the game for you if the rest don’t support them. As in Rugby or in Life, success depends on your team not just you.

Oh one more similarity between kids at rugby and salespeople in a pitch—if they lose, they all want to cry! Well, occasionally me too!

How Much Does it Cost?

Almost every time I sit to write a sales presentation for a new client, somebody wants to talk about their pricing. Rarely have I heard a convincing argument for cost being a value proposition.

I have two issues with this. The first is you have to be absolutely sure that you are the cheapest. If they have three quotes and you are not the cheapest then their conclusion is going to be that you are either lying (not good) or don’t know your market (possibly worst.) Either way, you’re making the case for them to actually choose the cheapest option. You lose!

Second, you are moving the conversation away from the value you offer to the cost of delivery, which breaks the fundamental principals of negotiation:

You cannot discuss cost until you have determined value.

“How Much?” is a buying sign. You don’t ask this unless you see some value in the product or service you are talking about. Waiting until they ask gives you a clear indication of interest.

How you price vs what you price.

Even when they ask, I’d be tempted to describe the pricing model rather than the absolute cost of the deal—and I would always tie it to the outcomes. For example, m62 STAT is a fixed price engagement to help clients win big pitch presentations. Before we tell the client our price, we ask how much the deal is we are pitching for. I’m working on four at the moment and each is worth in excess of $500 million, even at outsourcing margins (2-3%), the price we are going to charge for a 78% win rate is immaterial.

Cost of doing vs. the cost of not.

In fact, my usual response isn’t about the cost of our services, but the cost of losing. All four pitches will have bidding budgets of close to $1 million, making our fee irrelevant. Winning is the only thing that matters. For our clients, the question is always the same–what’s the cost of getting it wrong, or the value of getting it right?

So when do you talk cost? 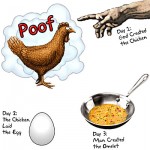 “I believe we can help you” isn’t a good sales line.

My belief that I can help you isn’t persuasive; you would expect me to believe that whatever I’m selling works (I hope). If the most common sales mistake is not articulating the reasons to buy, next is assuming that because you have identified ways to drive value for your client, so have they.

Begin with the End

Lewis Carole had it wrong: “begin at the beginning” said the King to Alice.

Writing 3000 sales presentations and critiquing the same number has taught me a lot, but if there is one thing that I know for certain it’s that most people start off wrong.

Don’t write the first slide of your presentation first.

Regardless of what the presentation is about, it’s best to start with the end.  In a sales pitch, that needs some careful thinking. Most sales people think the desired outcome is simple, (TO WIN!) – but in my experience that’s usually unrealistic. While it might be a good outcome from the whole sales process, it may not be a SMART goal from the presentation  (SMART being Specific, Measurable, Action orientated, Realistic and Timed.)

Some of the questions it prompts me to ask are:

END_OF_DOCUMENT_TOKEN_TO_BE_REPLACED

Research Shows…and Other Attempts at Credibility

Have you ever attended a course or read literature that uses the phrase “research shows?” I’m getting skeptical in my old age. “Research shows that…” is used more often than the referral to a higher authority, and usually is an indication of fiction.

“I believe that the most popular colour of lingerie is nude.” This may be true, but nothing in this statement says that it is true – belief is entirely dependant on the reader’s assessment of my integrity (dangerous at best).

“Research shows that the most popular colour of lingerie is nude.” This reads like it isn’t my opinion and because the word research is mentioned, it must be true. However, there is still no validation of the truth.
END_OF_DOCUMENT_TOKEN_TO_BE_REPLACED